You are here: Home / ADHD / ADHD in Children / The #1 Reason My Son Was On ADHD Meds At Age Four 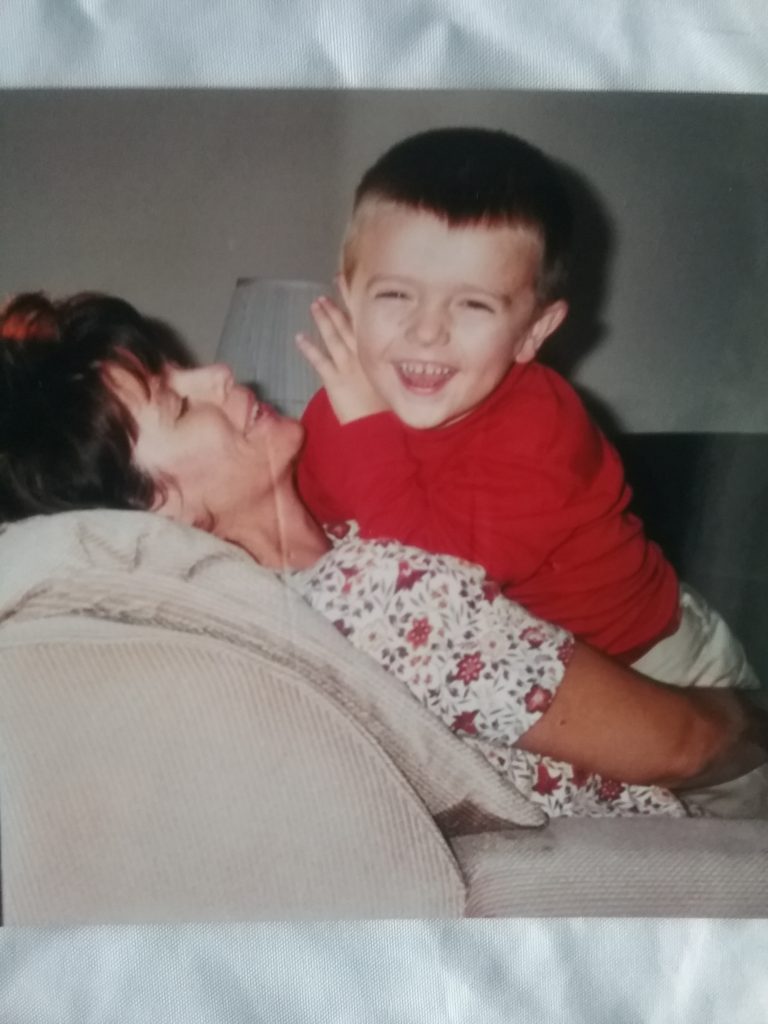 The Terrible Two’s Or ADHD?

Many of the symptoms coexist.  Boundless energy and not sitting still.  Being constantly curious.  Excitement of playdates and parties.  There are many similarities of the terrible two’s versus ADHD symptoms.  It takes time and patience to distinguish.  Medication should not be the first option.

As a new parent, I had the gnawing feeling that someone wasn’t quite right.  Growing up, I babysat other children for extra money and had not been exposed to any of the behaviors I was seeing in my child.  We would have to experience many difficult years before making the decision to place our son on ADHD meds at age four.

The extreme loudness of his voice.  Not listening to direction or realizing his boundaries.  Not being able to get him to focus for more than a few minutes on an activity.  Making other children so angry.   Having to put a bungee cord on our stereo because he is so enthralled with the buttons.  Not staying away from a hot grill.  A glimpse of him not realizing safe boundaries.

Alternatives We Tried Before Medication

Growing up in a bi-polar household, I was very cautious of taking medicines myself, let alone for my child.  Visiting my mother in mental institutions left me with an impression of what I didn’t want to become, let alone my son.  I started researching about ADHD alternatives and here is what we tried:

And yet NOTHING was working!  And I was losing my patience and my mind.  I was not enjoying my child and feeling like a failure as a mother.

I was reading every book I could get my hands on to find out what I could do to make this better.  Nothing worked.  Finally, there was one book I read that showed a glimmer of hope.  The Explosive Child by Ross Greene.   (Link below)  I loaned it out to parents over the years as I would listen to their stories and it was never returned and I can only hope it’s helping a family now. (Kind of like “Sisterhood of The Traveling Pants” – instead this is “Parenthood of the Traveling ADHD Book”.)

A Glimpse Into Our ADHD Future

This picture is bittersweet to me for so many reasons and tears spring to my eyes each time I see it.  On one hand, I see an excited boy that is so vibrant, full of life and energy.   At the same time,  he is so frustrating to parent, headstrong, strong-willed, knows no boundaries and irritates people to no end.

On this particular day, he made several kids angry when he refused to wait his turn to go inside for a water ride.  He doesn’t realize this and keeps trying to get inside and I have to physically hold him back.  All he realizes is that he can’t get into the water ride – not that he has to wait his turn and he had pissed off all the kids in line.  As time goes on other children didn’t want him at their birthday parties or sleepovers.  And it hurts! 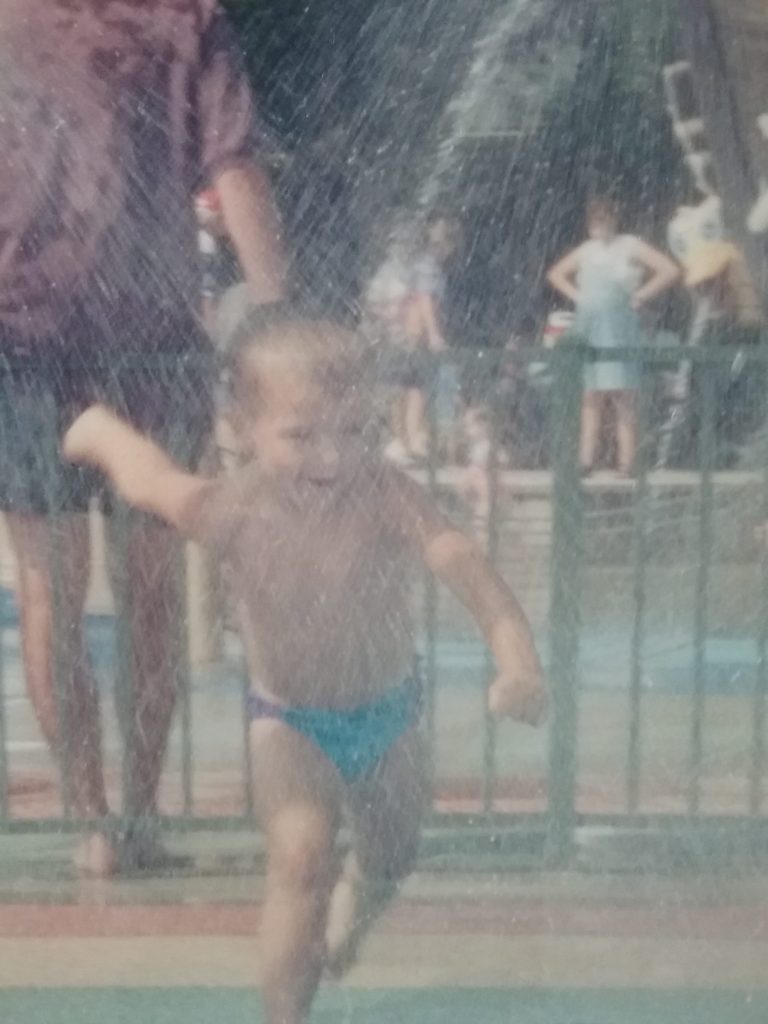 However, I am his parent.  I am his voice and I need to do what’s in his best interest.

The final decision for us to try medication was when we were at a family birthday party.  While our son was playing with his cousins, I was enjoying being able to sit and drink a cup of coffee in peace while Billy played with his cousins.  A few minutes later, I was being told that Billy was jumping off of a retaining wall.  Walking briskly outside, I scolded Billy and told him to stay off the wall – he then runs away with a grin of mischief in his eyes.

I settle back into my chair again and close my eyes.  This is mentally exhausting.  Shortly after, several cousins burst into the room shouting “Billy is putting his face near the fire!”  I frantically ran outside to where Billy was and several adults were holding him back as Billy felt no fear as he lowered his face near the fire with a smile on his face.

I called the doctor the next day, realing we had to do something or he was going to get hurt.  Safety was the #1 reason my son was on ADHD meds at the age of four.  As much we tried,  no parent can be by their child’s side 100%.  This kid had no fear and it scared me.

That week we see the doctor and start the long process.  It would still be several months of meeting with a therapist and our pediatrician before he started on his first dose of Ritalin.  This was the beginning of a very long road but it was a start.

I get extremely passionate when I hear others’ views regarding medication.  Each child and family is different and each parent has to do what is best for their child.  Please share if you have had similar experiences and how you handled them.

***This post contains affiliate links and I may make a small commission as no additional cost to you.

Signs My Child Had ADHD - www.mytenaciouslife.com

Oh, Oh, Sweet Child of Mine! **This post contains referral links and I may make a small commission at no additional cost to you to help me run my blog. ** I often wonder if the signs my child had ADHD started before he was delivered. Sounds crazy, doesn't it?...
View on Facebook
·Share

If you or anyone you know has suffered from domestic violence, then you need to read my latest post on what this issue did to our family and how I have coped with this tragic topic. #domesticviolence #domesticabuse #domestiveabusesymptoms #copingwithdomesticabuse #alcoholism ... See MoreSee Less

***This post contains referral links and I may make a small commission at NO ADDITIONAL cost to you to help with the expenses of running my blog. Thank you!!*** Eloquently, my sister seemed to have it all.  A fancy car. A large house in an upscale neighborhood, along with elegant clothes...
View on Facebook
·Share

This post is for anyone overcoming grief and discusses in detail ways to conquer the last stage of grief - acceptance. #grief#overcominggrief#griefsuppport #laststageofgrief#healingfromgrief #healingfromloss#griefsupport ... See MoreSee Less

**This post contains referral links and I may make a small commission at no additional cost to you to help me with the costs of running my blog** This past New Year's Eve, I had to make a tough decision. Dealing with the last stage of grief was now a...
View on Facebook
·Share